Bless and Protect your home for new year

How to do a simple Sage cleansing to Bless and Protect your home. 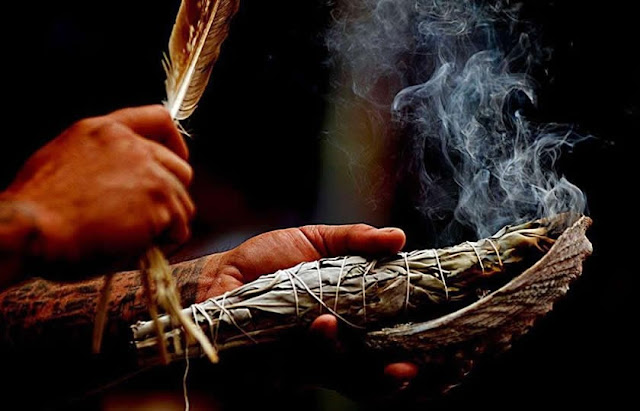 Sage, along with sweetgrass, red cedar and tobacco, is one of the four plants considered sacred by First Nations and Métis Peoples. Sage is used broadly for many purposes by both First Nations and Native Americans – and is described here in only the most general of terms. Similar to sweetgrass, it isused in many geographical locations in North America, whereas red cedar is primarily used in ceremonies on the northwest coast.

ity with which they are used. Sage, depending on the particular culture, can be used in medicine pouches, spread over the floor of a sweatlodge, wrapped around sacred implements, used for healing, used to make bad spirits sick, purify people and dwellings, healing and calming.

There are two types of sage, each with its own distinct qualities and uses. Smoke from white sage (Artemesia califoncia) is used for purification of mind, body and spirit and sacred articles in advance of prayers and ceremonies. White sage is burned for meditation, smudging and cleansing of spirit and dwelling. In some beliefs, white sage smoke is believed to provide a barrier that prevents negative spirits from entering the room in which the ceremony is being held.

Desert sage (Salvia apiana) has been revered by First Peoples for its medicinal attributes long before the study of microbiology entered the universe. The ancient belief in desert sage as a healing plant is “verified” by scientific analysis of its properties that show it contains certain polyphenals which are natural antioxidants that protect cells from toxins and organisms in the environment that cause infections; it is antifungal, antiseptic and an astringent. Interestingly, the Latin root of Salvia is salvare, which means to heal.